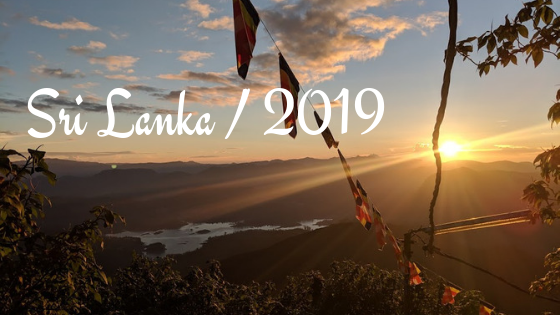 Our day heading into Colombo City!

I realise I got a bit too keen and posted about how we had headed to Kandy before I was finished with the posts from Colombo, so, Enjoy!

We all jumped on the bus the next morning and headed our way into Colombo, Sri Lanka!

The plans for the day were to visit and explore Colombo, see some of the beautiful city follow by our visit to the disaster management centre and also a vegetarian lunch!

When we arrived in Colombo we all piled off the bus and went exploring through the city streets. As per usual it was sweltering and IT WAS CARNAGE, there were tuk tuks everywhere, the traffic regulations seems to be basic non-existent. We wandered through the streets, endless bikes lined up rows upon rows and loads of stalls selling every day necessities lined the walls of the streets!

We headed into a closed market area and walked between and the stalls selling clothing, toys and little trinkets, water bottles and much more! We all stocked up on toys for our future visits to the orphanages and we also felt that buying from the market stalls was more beneficial for those who were running the stalls as well.

There was people everywhere and although we were in a group of 8 we managed to get our way through the busy streets together!

Once we were finished within the markets we jumped BACK on the buss and headed to Independence Square and the arcade centre.

Heading from the centre of Colombo markets to Independence square was a complete change in scenery and we had only literally jumped back on the bus for about half an hour, you crossed over a bridge and the skyline shot upwards.

All the beautiful buildings, apartment blocks and hotels, there is even a man made ocean area on the coast of the city which they’re trying to get together after the Tsunami. I wish we had gone to the Pettah floating market, that would’ve been really cool.

Then behind the Independence square is the Independence Square Arcade. The most beautiful and pristine shopping area I had seen so far on our Sri Lanka trip. All the buildings were pristine white with arched windows and walk ways. There were designer shops and restaurants as well as plenty of trees and greenery!

After a lovely wonder around the shopping centre and independence square it was time for some lunch!

We headed to a vegetarian restaurant called Sri Vihar!

We had our own private area for our group in the upstairs area of the restaurant and we managed to get a booth that seated about 8-10 of us!

This lunch consisted of Fried mushrooms, Dhal dishes, lentils, vegetable curry dishes and naan, all different types of rices and even some fish dishes. The food was definitely up there with some of the best food we had had so far on the trip. I was always so impressed wherever we ate!

Once our bellies were full it was the final stop of the day!

Visiting the Disaster Management centre really did feel like a privilege.

As we walked inside we were ushered to the meeting/conference room where we were given cartons of chocolate milk whilst we waited for the 2 gentlemen from the centre to give us a presentation on the crisis and disaster threats that effect Sri Lanka on a regular basis and how they go about getting out their warnings and their defences.

It was incredibly interested heading upstairs into the centre and seeing where they monitor all the major storms, earthquakes and tsunamis in Sri Lanka. We also saw and learnt where all the signal point were for the tsunami warnings and monitors for the earthquakes around the country. We had the pleasure of seeing their comms centre and because of all we got to see we also got a tour of the building.

It was a real privilege to be able to see everything we did in the government building. I have every hope that with everything they have including knowledge and skills they will be able to make sure what happened in 2004 never happens again.

Sri Lanka really gets battered by heavy storms which bring heavy rain fall which bring landslides, earthquakes that cause tsunami’s, incredible heat waves. They have an incredible amount to conquer so to be able to see how they do this and how they monitor and prevent these things was really interesting.

This was our last day in Colombo, the next day we would be heading to Kandy and journey involves lots of elephants! Stay tuned!