Its an essential in our lives, obviously.

We tried to eat out as little as we could because we were away for 10 days and it gets expensive after a while eating out all the time. But when we did, we certainly enjoyed it!

Il Pastaio Retaurant was the first place we visited for dinner, a small Italian spot near the centre of Budapest where all the shopping centres are. It was delicious and service was fast as well although we didn’t stay for long. The service was really good and my pizza tasted A* so iI would definitely recommend it! 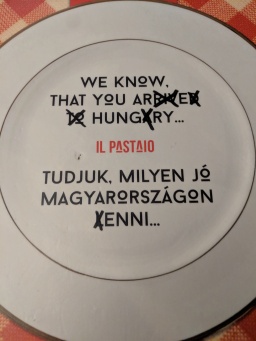 Next stop, Buddies Burgers!! I believe there are a few of these around Budapest. I don’t want to say its fast food but it sort of is. you’re given a burger menu and you choose your burger, side and drink, order at the desk and then they put your name and number up on a screen when it is ready for collection. Its literally that simple. It just tastes AWESOME. My burger was banging and I really enjoyed the comfort and atmosphere of the place as well.

The food is unreal, the service is quality and the tunes are banging inside. There is a lovely seating area outside as well. I would highly recommend this place for breakfast. I paid the equivalent of 1 cup of tea in the UK and got a pot go tea and managed to get about 4-5 cups in. Ya girl was caffeine ready. I also had homemade pancakes with salted caramel sauce and berry compote, MAN WAS IT SO DAMN GOOD AND AESTHETICALLY PLEASING. This place is a little pricier than your usual as its really really nice. We had to queue to get in but it was totally worth it.

Piknik Cafe is situated by the Fishermans Bastion. The coolest outside cafe with SO MUCH FOOD on display to eat. I wanted it all. It was really cute and traditional and they sold a lot of sour bread. I just went for your typical snack of Onion rings because how english can you get? But generally the atmosphere was really good and its on the list because I want to go back to eat ALL OF THEIR FOOD.

Huszkar Etterem was our proper Hungarian cuisine experience. We walked in completely blind and no idea what to eat. There service was unreal and the gentleman was really happy that we as tourists were willing to try their food. AND MAN WAS IT DELICIOUS, I had stuffed schnitzel with cheese and bacon and some other Hungarian things which I do not remember how to spell no pronounce and man it was the nicest meal I had all stay, even if the amount of salt on the meal meant that the dead sea may as well have been in my mouth.

Gozsdu Udvar is a huge food area, multiple restaurants and an amazing atmosphere, people dancing together in the square, karaoke bars. It really has a good feel about it but typically we went to the one restaurant in the place which had the worst reviews and brad never got his food and it was cold, But more on that in my FOOD DON’TS below!

Csiga cafe for breakfast was a little more reasonably priced and also really really well hidden, we didn’t even know it was there until James found it on his maps for breakfast as we had to be out of our Airbnb by 10am. All I had was a croissant with ham and cheese and a cup of tea and it looked and tasted amazing and didn’t even cost that much! The atmosphere was really lovely and I felt like I could’ve happily sat in there for hours. 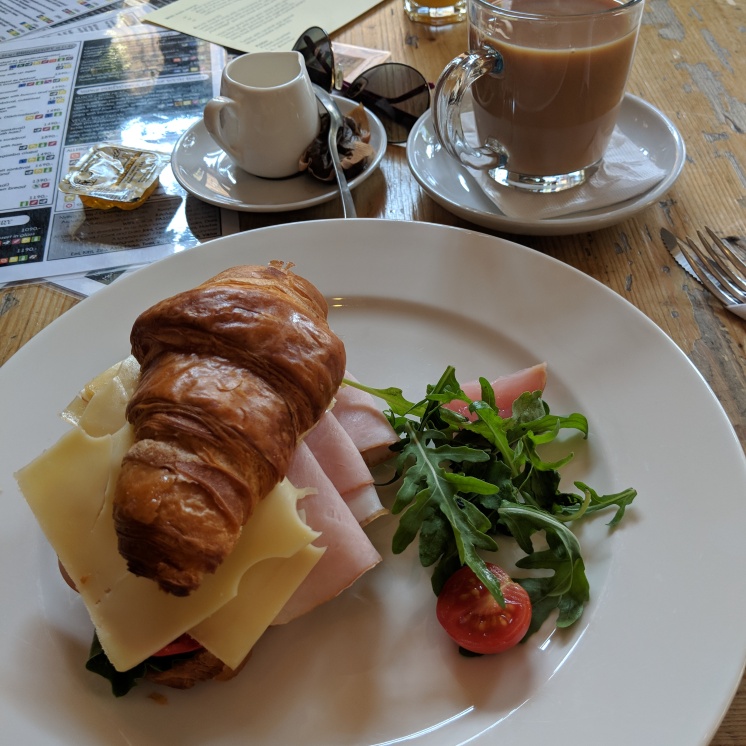 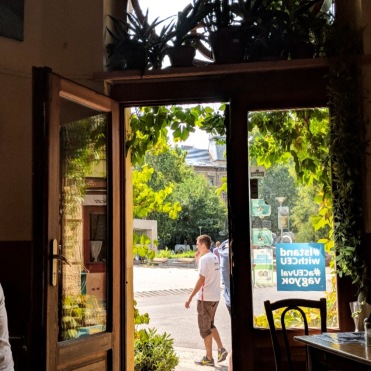 BBZ Bar & Grill was our last food stop. We chilled here and had some food before our flight home and I would definitely recommend it! I had 4 burger sliders and MAN were they tasty! This was actually our second attempt eating here as Myself and Brad tried to eat here earlier in the holiday but when we got here we couldn’t get in because there was a DOG FASHION SHOW. They have a doggo menu on the tables where if you also purchase a meal of the dog menu the meal goes to a dog in a shelter, SUCH a wonderful and creative idea! The restaurant itself also looked really snazzy and has hands down the most inspirational toilet doors I have ever seen in my life. For a final restaurant experience I was really happy we went here, reasonably priced as well and really good food! 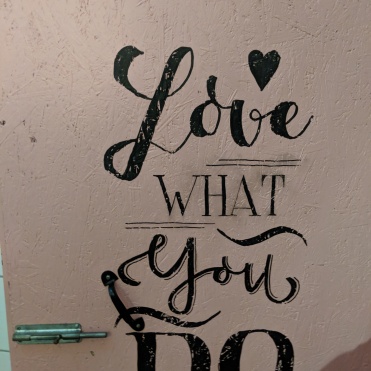 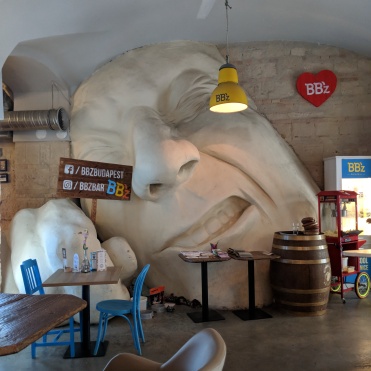 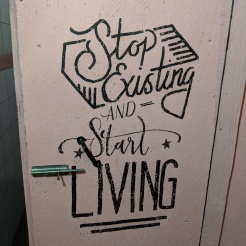 Do NOT, EVEN IF YOUR LIFE DEPENDS ON IT, go to Rico’s Restaurant & Music venue in the Gozsdu Udvar. We didn’t even look at the reviews for the first time ever and once we had sat down and did have a look, we realised how bad the reviews are. We thought we would give it the benefit of the doubt. BIG MISTAKE. My food came lukewarm which was disappointing but I ate it anyway, and brads food came stone cold, so when he told the waiter it was cold whilst we waited for a new plate of food to come for Brad a LOT of time passed. Like I finished my meal and he still hadn’t had his main back. We asked the waiter when he would be bringing Brads food out and their response was ‘oh, you wanted another one?’, as you can imagine, we very quickly left, without leaving a tip, to find somewhere where Brad could actually eat!

Those were our Budapest Food adventures! Mainly all successful minus the unfortunate experience typically on our date night!

Much more to come on Budapest, stay tuned!

One thought on “Budapest’s Places to Eat & Places to NOT.”