We decided from the start of the holiday we were going to drive to Miami South Beach from Orlando as a convoy, two SUV cards both packed and ready to roll for the 5 hour journey! And it didn’t disappoint. Honestly I spent a majority of the journey wondering how the hell my parents knew where they were going. We did two initial stops, although there was a quick one because we got lost being adventurous.

We’d been driving about an hour when we stopped for a toilet break and some breakfast,  Dunkin’ Doughnuts? Don’t mind if we do. The scenery hadn’t changed much; we could tell we were still in the depths of Orlando, but there was a lot less around as were were driving. Not as many buildings or places to stop and enjoy. So once we’d stopped at Dunkin’ Doughnuts and stocked up on munch and were satisfied, we were off on our road trip once again to the holy land.

A little further along the way more buildings and roads and cars generally appeared, which meant we were getting somewhere, and getting closer! We stopped for lunch on our journey to Miami at Palm Beach! I didn’t catch the name of restaurant we went to but we sat outside under a canopy and all 13 of us enjoyed a big lunch! Us younger ones went for a wander along the beach, there was a huge pier which I wish we’d had time to walk down. There were also countless volley ball pitches on the sand, which was awesome but I can’t play volley ball for love nor money. The food was lovely and it was a really good break in the journey as it was starting to get a bit tedious.

We got a little lost before we finally managed to make it to Miami. I could never have told you the route we followed but it involved looking at a lot of beautiful beachside houses that were impressively large. We had to make a stop to stretch the legs and figure out which way was the right way but we made it in the end! 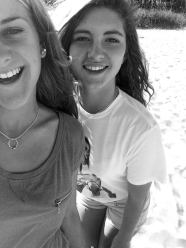 I remember arriving in Miami and being absolutely lost for words. What a place is all I have to say. I would live in Miami if anyone gave me the chance because its hands down the place of my dreams. Beautiful beaches, houses, fast cars, better lifestyle, god If only.

One day hey! I’ll be writing about my experience in Miami from here on! These were some of my favourite experiences of the holiday! 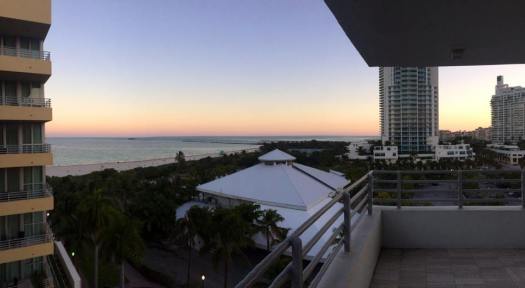