We definitely had a fun time when we went out in Lagos, it made me realise how different clubbing is in Portugal than England. 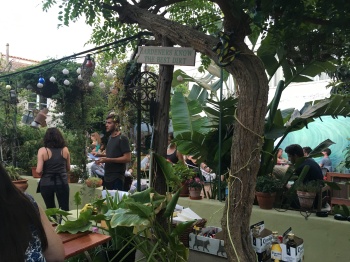 We started off at a restaurant called the Garden, It was a really pretty place, really funky seating and surroundings, we went to this place with the other uni we were sharing the lodge with and the instructors. It was the initial start to our night out. I bought a meat platter and my lord it was huge and tasted so nice. So good after a day of surfing. Then that was followed by an array of cocktails which were also really nice and got me royally drunk. It wasn’t too expensive, I think my platter was around €10-15 and I got a lot with it. Drinks weren’t poorly priced either! 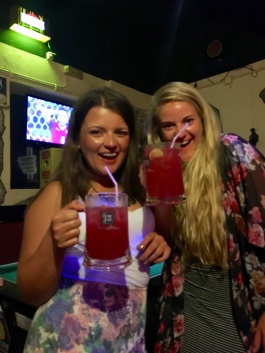 After the nicest meal at The Garden we headed over the a pub called The Tavern next door,
it was a really lively place as the night we went Portugal were playing football.

We headed through to a room at the back where everyone had congregated around a pool table and on some seats. After that it was drinks after shots after drinks and they weren’t small drinks either. Cocktails in huge big Stein glasses that were relatively cheap, around €5-6 and they were wonderful and got us very drunk very quick. The shots were cheap as well, and the alcohol was flowing for sure. the atmosphere was really great and everyone spoke good english, the staff were friendly too, they knew we were out for a good night!

The place we went too after the tavern I didn’t catch the name off unfortunately but it was such a funky place, the music was really good and something I found different was that you could smoke inside! Obviously when in the UK you can’t smoke inside, so it was pretty enjoyable as a smoker to be able to do that. 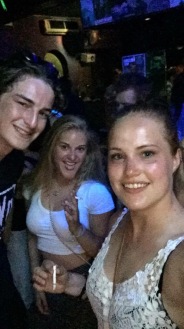 The drinks were so good in there, they sold this drink called a HULK. lets define as these are the drinks that are cheap and get you mangled:

Lets just say, mistakes were made this night in terms of drinks. They were only €4-6 but they were so strong, easily the best drink for a night out.

There were also poles on the tables and on the dance floor, then through an arch there’s a pool table by the toilets, it was such a funky atmosphere and it was free entry too! 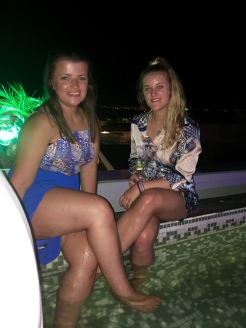 The prettiest place we went was the Rooftop Pool Bar. We went in the evening so the view wasn’t much but It would’ve been so much nicer in the day for sure. The best thing about it was the fact that they had a small pool!! So myself and Abbie sat poolside with our drinks  with our feet in the water. It was the coolest place we’d been to all night for sure.

The drinks were quite expensive, I think I paid €5 for a Corona. But it was totally worth it. I wish we had gone back in the day as it had sun-bed’s too, so Im assuming it was open in the day and that would’ve been really nice.

Don’t forget to visit their website www.studentsurftrip.com if you guys are interested in heading over to Portugal!