Obviously when in Amsterdam you must do the essentials, we did a fair few things but there was also a lot of things to go back and do as we ran out of time. For example we had no time to do any of the museums which was a shame. But either way, heres what we managed to get done over the course of 3 days!

The streets of Amsterdam are really beautiful, I know its nothing special or anything specific, but its great because its free and everywhere is really different and nice. All the canals and little bridges, its a really photogenic place and the buildings are beautiful too, Just walking through the streets would have been enough to amuse me for a day. So if you do go to Amsterdam make sure you take in the scenery because its really unique and so pretty. 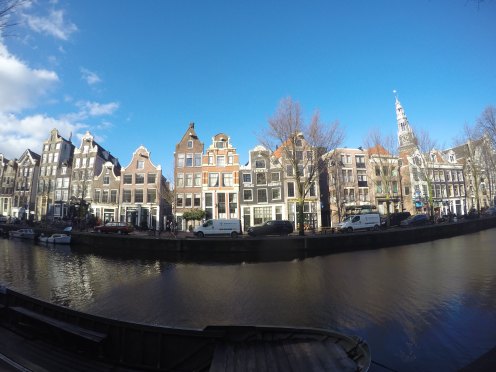 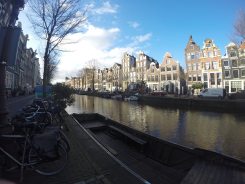 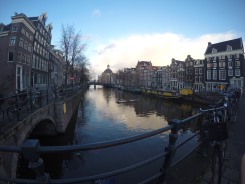 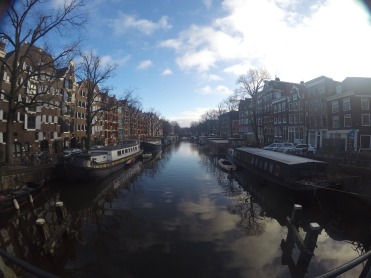 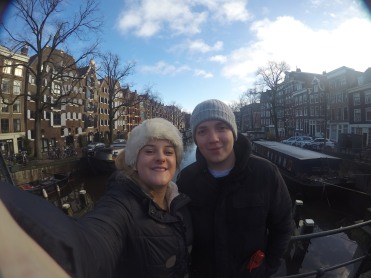 The Anne Frank museum was a really moving experience. To be able to go around the house she and her family were basically trapped in for years and read extracts from her diary as you went, hearing about the journey and the story of it all. It was really eye opening. They had video’s of people who had helped the Frank family at that desperate time giving their account of the story. In the end its sad to think that Anne Frank and her sister died only 6 months before the concentration camps were liberated. Their father was the only one to survive, some of the video interviews of him talking about reading Anne’s diary are heartbreaking. It took us 45 minutes to get around and it was 45 minutes well spent. Its not too far away from the central station and it only €19.00 entry for two people, so €9.50 each, but its well worth the visit. 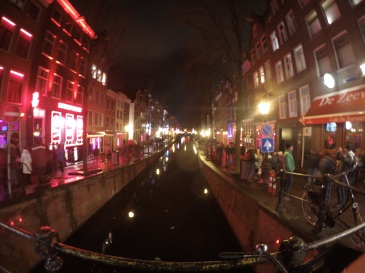 The Red Light District was really funky, something completely different to anything I’ve ever seen before. Men queuing up outside windows to go inside with a prostitute, and all the girls in the windows, the sex shows and plenty of flashing lights and snazzy neon signs. It was surreal, we wandered down both sides of the canal. There were multiple sex shops and shows like the Banana Bar, A peep show, strip clubs and Moulin Rouge, It was really fascinating and we had a good giggle at some of the the places along the strip because they were so different to what we were used too, its a completely different environment but really good fun. We also set up camp for an hour or so in the Red Light Coffee Shop along the canal in the district so if you wanna take a break from the lights and basically naked ladies you can. 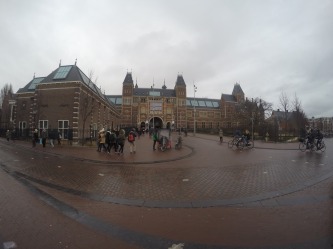 We made the mistake of walking to the IAmsterdam, its a bloody long way from the central station so if you can get a tram to it, do. Although the walk is lovely it was long, and you can potentially go via the 1eHulp cafe on your way as well! Its located behind the Rijks Museum, a place I need to go back and visit as the museum building itself is beautiful. You walk under it too, through the arches in the middle to get to the road across the other side, Its really gorgeous so to go back and see the inside, the artwork and the famous “Night watch” portrait hung on the 18 foot wall on its own would be wonderful.

Anyway, Its your standard huge big I AM IN AMSTERDAM sign, its free of course as it sits outside and its pretty cool. Theres tourists everywhere and even an ice skating ring behind it. Im not sure if the ice skating ring is there all year round but it was early Jan so will probably stick around during the christmas and NY period if it isn’t there all the time. Its the perfect place to be your typical tourist and stand and pose in front of it, which was exactly what we did! 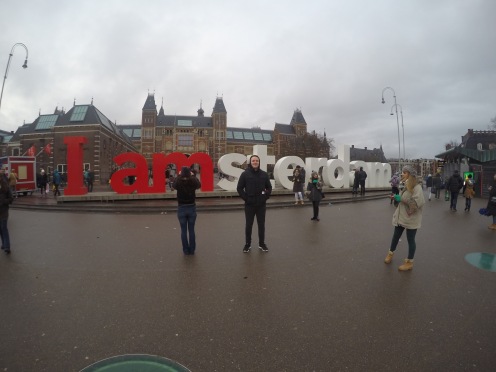 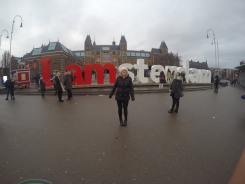 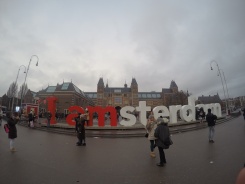 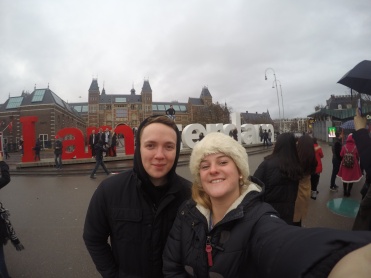 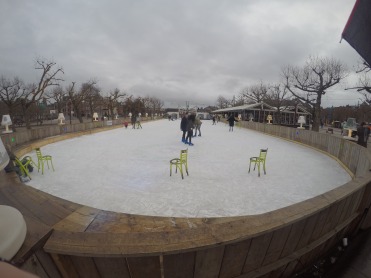 Overall the trip was wonderful, I can’t wait to go again and do everything I didn’t do and more!

For more on my trip to Amsterdam click this wonderful link HERE!